This web page is all about Tarot cards. Tarot cards are a deck of playing cards invented in the mid-1400's. They were used for playing parlour games in Europe. In the 1800's mystics stared using Tarot Cards to predict the future. The Tarot deck contains seventy-eight different cards consisting of the twenty-two Major Arcana or trump cards and the fifty-six cards in the Minor Arcana. The Major Arcana is made up of the personality cards like "The Fool" and "the Magician." Much like modern playing cards, the Minor Arcana is made up of four suits: Cups, Swords, Pentacles and Wands. Each suit has cards from Ace to Ten along with a Page, Knight, Queen and a King Card.


You can see each of the cards in the deck along with a little history on each card by clicking on the links below under each suit. There is also information on what each card means in a reading.

When using the cards to do a reading, they are laid out in various possible spreads where each card's position indicates some characteristic of the person getting the reading. The link below examines three basic spreads. The second link is to a page that lets you ask a question and then models a possible answer by using the Tarot cards.

The four suits of the Tarot Deck are said to represent the four basic elements that people in feudal times believed the world to be made of: Earth (Pentacles), Water (Cups), Fire (Wands) and Air (Swords). The cards are also said to reign over certain people and emotions. The table below offers a breakdown of the differences between each suit.


For more information about Tarot cards, these three books are a great resource. You can order any of them by clicking on the book cover which will take you to the Amazon page. 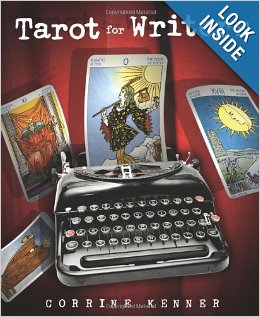 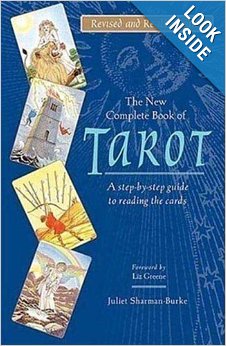 The cards used on this web page are from the Rider Waite deck. It is one of the most popular Tarot Card Decks. It was originally published in 1909 and you can order your own deck from Amazon if this site has piqued your interest.